What is Amazon.com?  You ask! It’s a business that is worth over 600 billion dollars and was founded by Jeff Bezos on July 5, 1994.  Amazon.com has a great history of how it got started.

Did you know Amazon was initially called Cadabra, Inc and then changed to Relentless.com? If you do an internet search for Relentless.com you will land on Amazon.com.

What is Amazon.com About

Amazon.com is an E-commerce business that has headquarters in Seattle, Washington.  There are software development, customer service, and fulfillment centers in many locations around the world.  Locations are in North America, Latin America, Europe, Middle East & Africa and the Asia Pacific.

It’s got big plans for the future such as the newest adventure Amazongo.com which is located in Seattle Washington.

It offers free shipping on several products, instant downloads on music and video.

Amazons profits didn’t start until the fourth quarter of 2001 for Jeff Bezos, he had a very tough start to the business.  He was sued by Barnes & Noble in 1997 for the claim to be “the world’s largest bookstore”.

Barnes & Noble said that was false because it “…isn’t a bookstore at all. It’s a book broker.”  Walmart also sued Amazon in 1998 after they hired Walmart executive saying they stolen trade secrets.  Both lawsuits were settled out of court.

What does the Amazon Logo Mean

When you first look at the Amazon logo you might think it’s just a smile under the word.  In reality, it’s an arrow that points from the A to Z meaning Amazon selling everything from A to Z.

What is Amazon Market

Amazon has there own line of products and services that they offer from their website. It started in 2007 when they announced the AmazonFresh service.  AmazonFresh what a service restricted to residents of Mercer Island, Washington where the company is located.

Since then they have added the following Products and Services to their business:

What is Amazon Prime

Amazon Prime is an Amazing Membership. It has many benefits we explain all the benefits included in our Amazon Prime Member – 9 Benefits Your Not Using.

Amazon is a billion dollar company that sells just about anything you can think of.  Whether it’s music, videos, toys, grocery, furniture the list goes on and on.  Jeff Bezos had an idea and started to build a business he believed in and not it’s worth over a 600 Billion Dollars.  Wouldn’t it be nice to achieve that kind of goal?  Start simple and Build Big. 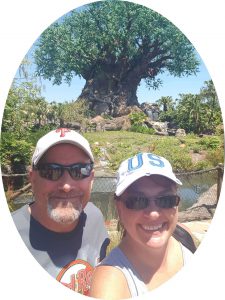